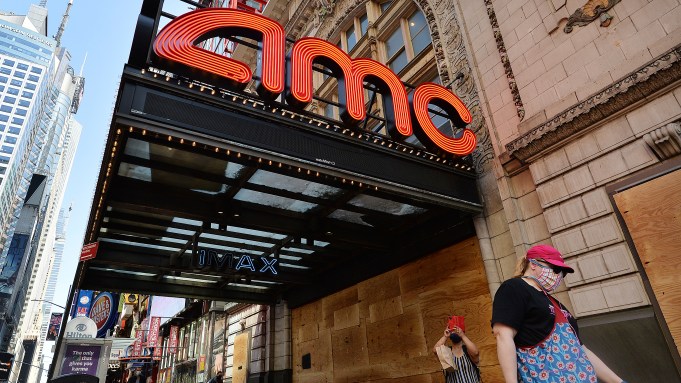 Losses were impacted by a dip in the share price of Hycroft Mining, a Nevada gold mine AMC sank $28 million into to the surprise of Wall Street and the industry in general. In Q2, “We wrote down much of the large gains that were booked in the first quarter. While our reported losses will continue to be impacted by market price volatility, we continue to believe strongly in the potential value of our $28 million Hycroft Mining investment,” Aron said.

AMC also announced plans to issue a dividend in the form of preferred shares — equity units which it has applied to list on the New York Stock Exchange under the symbol APE, referring to its band of vocal, individual investors who have mostly replaced institutions as stockholders.

Each AMC preferred equity unit is designed to have the same economic and voting rights as one share of common stock. The ex-dividend date will be August 22.

“AMC just completed a spectacularly encouraging second quarter that boosts our mood and brightens our prospects as we look ahead,” said Aron.