Charlie Hauck, a writer-producer who penned scripts for some of TV’s most iconic sitcoms – Maude, Frasier, Home Improvement, One Day At A Time and, under a pseudonym as a favor to Larry Gelbert, one episode of M*A*S*H – died at his Los Angeles home on Saturday, Nov. 14, of complications from pancreatic cancer. He was 79.

His death was confirmed by his daughter Flannery Cogan Hauck.

“Nobody made me laugh harder, or more often, than Charlie Hauck,” said Maude creator Norman Lear. “He defined ‘funny’ and was a glorious man and friend.”

Hauck’s knack for recognizing young comic talent also contributed heavily to another longstanding Hollywood career: Remembering a friend from his pre-Los Angeles days at Pittsburgh’s WQED-TV, Hauck encouraged the station’s crew member Michael Keaton to move west. The two had worked together for a local comedy troupe known as The Flying Zookeni Brothers Daredevil Circus, and Hauck had paid his friend $75 for the future Oscar-winning actor now remembers as “three mediocre jokes.”

“Charlie was one of the first people who opened the door for me,” Keaton remembered. “I was about a month away from moving to New York, and Charlie said, ‘I think you ought to think about Los Angeles.’ And I’ll never forget the expression he used. He said, ‘It’s wide open out here.’ I thought, ‘Yeah, I’ll come out,’ and I never thought I’d stay. And I just never left.”

“If it wasn’t for Charlie,” Keaton continued, “I am not sure I would have had the opportunities or career that I have had. People inside and outside the comedy world are really going to miss Charlie. He was gracious, obviously generous, charming, and funny as hell. He was a legitimate, honest-to-goodness wit, and really well-liked and admired in the comedy world.”

When Keaton moved to L.A., Hauck cast him in guest roles on Maude as well as his 1981 Peter Cook-Mimi Kennedy sitcom The Two of Us.

A Cleveland native, Hauck moved to Pittsburgh after college in 1963 to take a job as a reporter and bureau chief for BusinessWeek magazine. The Washington Post would recognize him as “one of the funnier people covering the coal, steel and aluminum industries.” 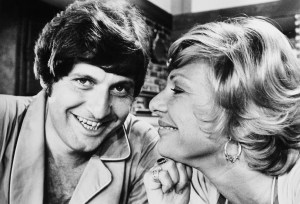 From BusinessWeek, Hauck was hired by Pittsburgh’s WQED-TV as a news reporter and anchor. There, he worked on a 1974 PBS special about alcoholism called Drink, Drank, Drunk. The groundbreaking special featured appearances by Joseph Bologna, Renée Taylor, Morgan Freeman and Carol Burnett, who recalled Hauck as “a delight to work with.”

While in Pittsburgh, Hauck pitched some jokes to Phyllis Diller when the comedian’s stand-up tour came to town. Diller was encouraging, and Hauck moved to L.A. in 1974, where he quickly found work writing for The Flip Wilson Special. He wrote a spec script for The Bob Newhart Show that drew the attention of Maude writer Elliot Shoenman and writer/producer Bob Schiller. At the urging of exec producer Norman Lear, Hauck was hired to join the staff of the Bea Arthur series. 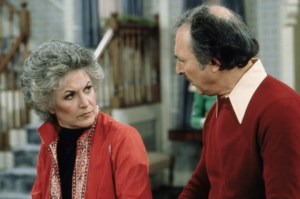 Hauck would later recall Schiller’s offer: “I have some good news and some bad news. The good news is that Norman Lear read your script, and he loved it. The bad news is he wants to hire you.” Hauck wrote nearly 20 episodes of the popular, influential and controversial All in the Family spin-off, and was a producer for three seasons.

“I loved Charlie, both as a friend and as a writer,” said Adrienne Barbeau, who played Carol, the single-mother daughter of Arthur’s Maude Findlay. “Christmas will never be the same. The cards he sent kept me laughing for the rest of the year. No one was funnier than Charlie.”

Through the early to mid-1970s, Hauck wrote episodes for other Lear series (One Day at a Time, Hot l Baltimore), as well as That’s My Mama and others. At the urging of his friend Larry Gelbart, Hauck, under the pseudonym “Richard Cogan” wrote the 1976 MASH episode “Mulcahy’s War”, a poignant installment focusing on the series’ gentle-hearted priest character Father Mulcahy (William Christopher).

After Maude went off the air in 1978, Hauck produced the Depression-set sitcom Apple Pie, starring Maude‘s Rue McClanahan with Dabney Coleman and Jack Gilford. A year later, Hauck co-created, with he co-created the James L. Brooks law firm sitcom The Associates, which in addition to Short starred Wilfrid Hyde-White, Alley Mills, Joe Regalbuto, Shelley Smith and Tim Thomerson. Though Hauck was nominated for a writing Emmy, the series failed to find an audience and lasted only one season. 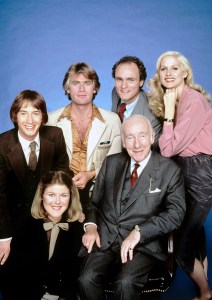 “The tricky thing about television,” Hauck would recall years later, “is it is sort of like marksmanship: You say, ‘I could do that,’ but not everybody can. As self-referential and formulaic and sappy as a lot of TV seems, even on the lower levels it is kind of difficult to do. On the higher levels — a good show on a good night — television can be quite exquisite and very difficult.”

After the quick demise of The Associates, Hauck created two other less-than-successful series, The Two of Us and Suzanne Pleshette Is Maggie Briggs.

“Charlie was deep and deeply funny,” said The Two of Us co-star Mimi Kennedy. “I loved that he’d gone to Catholic seminary and worked in Pittsburgh public TV before coming to Hollywood. He loved rapid-fire repartee and screwball physical comedy, and could leave us howling at his dry observations about some absurdity of daily life. ‘Oh, for access to cabaret!’ he would say, seeing his effect. It was a byword. I still use it.”

Sitcom success returned with Hauck’s next creation, Valerie, starring a post-Rhoda Valerie Harper, along with Josh Taylor, Jason Bateman, Danny Ponce and Jeremy Licht. Hauck left the show after its 1986 pilot episode, before the contentious, headline-making departure of star Harper and the show’s subsequent long-running re-inventions as Valerie’s Family and The Hogan Family. 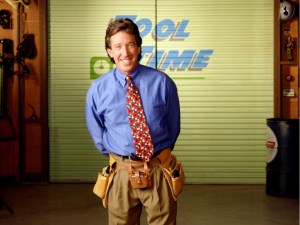 In 1996 Hauck reunited with Maude’s Shoenman as an executive producer and writer on ABC’s hit comedy Home Improvement starring Tim Allen and Patricia Richardson. He subsequently joined the 1999-2000 Emmy-nominated producing team of Frasier starring Kelsey Grammer and David Hyde Pierce, and would later write episodes of Beggars and Choosers (1999) and It’s All Relative (2004).

Hauck also authored the 1993 comic novel Artistic Differences about a Hollywood comedy writer and the narcissistic star of his sitcom. President Bill Clinton’s fondness for the book prompted the Los Angeles Times to write that Hauck “may be the funniest writer to dine in the White House since Will Rogers.”