Left to right: Mike Polydoros and Will Preuss.
Paper Airplane

EXCLUSIVE: 2020 was a year of utter bewilderment as movie theaters went largely dark from Covid, and studios grappled with a complete stoppage of distribution.

But with great chaos, came great opportunity as Lionsgate vets Mike Polydoros and Will Preuss decided to open the doors to PaperAirplane, a first-of-its kind marketing agency which is liaison between movie theaters, studios and theatrical media ad agencies, creating and fostering in-theater promotions.

Polydoros, who was instrumental in delivering the in-theater marketing success of numerous blockbusters, including The Hunger Games franchise, Knives Out, and La La Land, saw the need for a one-stop solution between cinemas and studios for in-theater marketing. That efficiency is achieved via PaperAirplane’s Hanger, a centralized hub of proprietary digital movie marketing assets which studios upload to, and movie theaters download from, i.e. DCP trailers, social media videos and graphics, custom and exclusive content, web banners, GIFs, digital one sheets, etc.

And the decision to launch just as movie theaters were struggling to reopen toward the latter half of 2020?

“I’m optimistic about this business,” Polydoros tells Deadline, “People keep trying to put a pin in it since the advent of several mediums –radio, TV, BetaMax, DVD– and the one thing that’s been true is that people keep coming back to the movies. It’s a communal experience.”

In just over a year, PaperAirplane has racked up 1,300-plus registered users, and has supported over 225 titles for studios of all sizes to date, including Warner Bros., Universal, Focus Features, Walt Disney Studios, Sony Pictures, Lionsgate, Paramount, STXfilms, Briarcliff/Open Road, A24, Bleecker Street, Netflix, Gravitas Ventures, Roadside Attractions, Elevation, and eOne, along with the event cinema provider Iconic Events Releasing.

PaperAirplane has also been instrumental in providing guidance to theater circuits on how to optimize their royalty subscription lists, and market specifically to those members, as well as informing studios about exhibition’s digital promotion rollout. 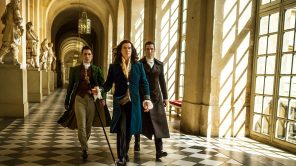 In addition, PaperAirplane assists indie distributors with their in-theater marketing support, including trailer placement, digital marketing campaigns, asset creation. This past weekend they worked with Gravitas Ventures on their widest release ever at 2,170 theaters, the Pierce Brosnan-Kaya Scodelario-William Hurt family movie The King’s Daughter.

Last summer, PaperAirplane worked with the National Association of Theater Owners (NATO) in delivering assets for its The Big Screen is Back campaign to cinemas across North America. PaperAirplane also recently worked with the City of New York on creating their “Vax to the Movies” campaign. 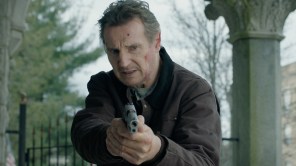 Tom Ortenberg, CEO of Briarcliff Entertainment and Open Road Films, whose film Honest Thief was the very first asset downloaded, said, “Paper Airplane is exactly what the distribution and exhibition communities need in this time of changing paradigms: a mechanism to get marketing materials where they are needed most in a user-friendly, cost-effective manner.”

PaperAirplane hit a milestone today: the company recently surpassed its 100,000th digital asset downloaded from their portal, The Hangar. At the end of this week, nearly 120,000 total assets will have been downloaded from The Hangar.

Polydoros added, “As our industry continues to recover, the response and support that we’ve seen has been nothing short of phenomenal. Since working on our first title Honest Thief back in October 2020, to have our digital asset manager The Hangar now surpass 100,000 unique assets downloaded by over 95 percent of the North American exhibition marketplace is a testament to how eager exhibitors are to support these films that are playing in their theaters. We are now seeing over 500 assets a day being downloaded, and each and every one of those downloads represents either a web or social media posting, targeted email blast, mobile push notification, or some form of engagement with actual moviegoers via the exhibitor’s marketing channels.”

Preuss added, “With multiple assets for multiple studios available in one place, exhibitors are now able to easily and efficiently find what they need. When a studio makes their assets available in The Hangar, we see that title receive multiple postings in exhibitor social channels. We’re creating a convenience in the marketplace that supports both the studios and exhibition. Everyone benefits, and it shows how eager exhibitors are to support and market these titles.”

Polydoros and Preuss are joined at PaperAirplane by industry veterans Meggie Isom and Amanda Rufener.

PaperAirplane is a joint venture with Velocity, A Managed Services Company, which provides IT managed services through network management, voice and data connectivity, digital signage, and media solutions, along with cinema marketing and digital fulfillment services.