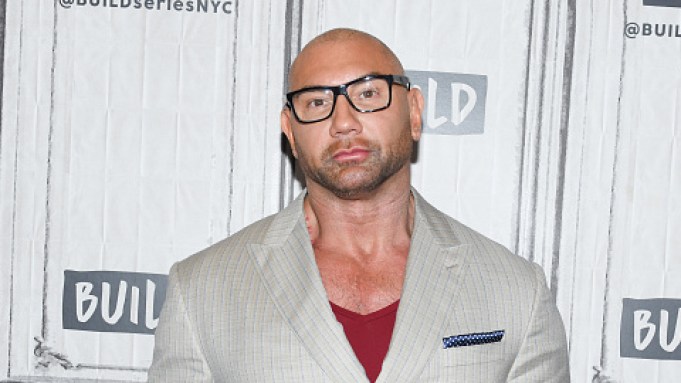 Bautista is in talks to star and produce with his partner Jonathan Meisner alongside Good Fear’s Chris Bender and Jake Weiner. He’ll play a police officer who’s best friends with a canine partner that can sniff out any crime. When Boomer dies on the job, the cop pledges no more pooch partners, until he is teamed with Zeus. Bautista will next be seen on Netflix in Glass Onion: A Knives Out Mystery, which premieres next month at TIFF, and he wrapped Knock at the Cabin for Universal and is shooting Dune 2 for Warner Bros.

The Kehoes are exec producing, and this is the third star-driven project set up this year for them. Their comic script Double Fault has Rebel Wilson attached to star and produce with Todd Garner’s Broken Road. She plays a former tennis phenom who tries to rebound from a McEnroe-esque meltdown by coaching a young player to take a flamethrower to the sport.

They also scripted Luck Key, a remake of the Korean film of the same title, that will star Marlon Wayans. AGC’s Stuart Ford is producing alongside Wayans and producing partner Rick Alvarez. It’s about an assassin and an actor who switch lives and find out what’s really important to them.

The scribes are repped by Entertainment 360 and lawyer Sean Marks; Bautista is CAA, manager Jonathan Meisner and Jackoway Austen Tyerman, and Tomsic is represented by UTA, 3 Arts and attorney Isaac Dunham at Schreck Rose.