The 43rd Kennedy Center Honors had been scheduled for December 2020, but was postponed to May 2021 due to the Covid-19 pandemic. The honorees were announced today by The John F. Kennedy Center for the Performing Arts.

“Many years ago, I was the host of a similar event held, as I recall, in private with the Kennedy family,” said The Dick Van Dyke Show star in a statement. “I saw the care with which the recipient was chosen from an impressive list of nominees. Since the creation of the Kennedy Center Honors, just over 200 have been honored with equal care. Being included in that small, illustrious group, is the thrill of my life.”

An Honoree medallion ceremony for the Honorees and a limited audience will be hosted by the Kennedy Center during the week of May 17–22. The annual gala will be broadcast on CBS on June 6, and will feature live-filmed tributes and performances from the Kennedy Center campus.

Allen, who starred in, among many others, TV’s Fame, appeared on Broadway in the classic musical Raisin, and performs in, directs and executive producers ABC’s Grey’s Anatomy,  said in a statement: “I am truly humbled to be named a Kennedy Center Honoree 2020. This is so much more than our nation’s Highest Artistic Award, it is a measure of how my footprint has resonated as a path of light over the years and in this time of tremendous uncertainty, fear, and search for hope. This glorious achievement I share with my family, mentors, and students who have inspired and pushed me all the way. I look forward to being part of a fresh start for America and reminding the world how essential the Performing Arts are in our lives. Much Gratitude.”

In announcing the honorees, Kennedy Center Chairman David M. Rubenstein outlined the cultural contributions of each:

The additional statements from honorees were: 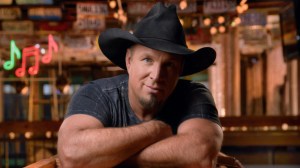 Brooks: “President John F. Kennedy was a childhood hero of mine, and he has continued to be through every stage of my life. He knew that a nation is defined by its culture and a culture is defined by its arts. I have watched many of my heroes sit in that booth during their ceremony, I have even had the joyous honor of singing for some of them on their special night. The hope is to have contributed to humanity like my heroes have, to inspire us to be the most we can be as individuals, global citizens, and a part of human history. But most of all, to simply laugh, cry, love, and dream through music…I have been blessed to do just that as a fan and as an artist.”

Baez: “It has been my life’s joy to make art. It’s also been my life’s joy to make, as the late Congressman John Lewis called it, ‘good trouble.’ What luck to have been born with the ability to do both; each one giving strength and credibility to the other. I am indebted to many for a privileged life here. I’ve tried to share my good fortune with others anywhere and everywhere in the world. Sometimes there have been risks, but they are only a part of the meaning of it all. I extend my deepest thanks to the Kennedy Center for recognizing me, my art, and the good trouble I’ve made.”

Midori: “Artists have a singular responsibility, through our work and deeds, to echo and mirror our society and serve its needs. As a new chapter of life is about to begin for all of us, I especially feel the current moment’s necessities and opportunities to explore a spring of new and preserved energies and discoveries, to play my part in seeking various avenues and forms of creativity and recovery. From an early age, I have been gifted with extraordinary experiences. I consider them to be my treasure and fortune that I might now draw upon. I wish to accomplish much going forward. My plans are to be making music again, in both pioneering and traditional ways, to sing out and to stir what lies within us, to describe mysteries, of the heart and of the mind. So, in the spirit of peace and connectivity through this country and the world, I am thrilled to be a recipient of one of this year’s Kennedy Center Honors, as we, together, reach toward renewed expression of the dreams and hopes that unify us all.”

The Kennedy Center Honors Gala, produced by Ricky Kirshner and Glenn Weiss of White Cherry Entertainment, will be broadcast on CBS on June 6 at 9 pm ET.