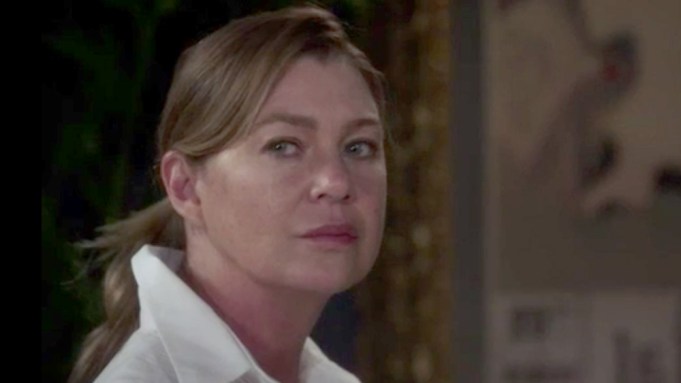 Grey’s Anatomy does not shy away from tackling social issues, but star and executive producer Ellen Pompeo believes the long-running ABC medical drama should adjust the way it approaches those issues.

“I think if I had any desire honestly it would be to be less sort of preachy in one episode about certain things,” Pompeo said on the latest episode of her Tell Me podcast. “It’s like, we do one episode about let’s see … Asian hate crimes is one that we did this past season that was really moving. I think I’d like to see things happen a little more subtly and over time. You know, consistently and less sort of hit you over the head for just one hour and then we never talk about it again.”

She added, “I wish we could touch on these social issues that are important and have them be threads throughout.”

As we reported Wednesday, Pompeo is scaling back her work on Grey’s after taking on a starring role in Hulu’s Orphan limited series. She will appear in her role as Meredith Grey in eight episodes of the upcoming 19th season, which is now starting production. She will continue to narrate (but may not do voiceover in every episode) and will remain an executive producer on the show, which remains ABC’s top scripted series.

Created and written by Katie Robbins (The Affair), the Hulu limited series is inspired by the true story of Ukranian-born Natalia Grace and her US adoptive parents who claimed that she was an adult “sociopath” pretending to be a child. Pompeo will executive produce, as well as star in the series.