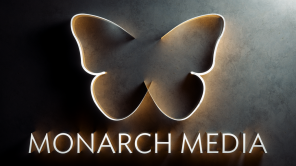 Hubbard and Kelley will create both original music and reimagine country music classics.  Along with McKamy, they have worked closely with Powell and Barnett on the story for the film., which is being kept under wraps.

“There is a feeling that only a great country song can give you,” said Powell.  “It can make you smile bigger or cry harder than any other genre and frankly, our goal is to create a film that captures those feelings and puts them on screen in a way that’s never been done before.  We believe Florida Georgia Line is the best partner to do that and are thrilled to work with them on this project.”

“We are so excited to bring a wholly original country musical to the big screen for the very first time,” said Hubbard and Kelley in a joint statement.  “In TK McKamy and the team at Monarch Media, we’ve found the perfect partners that will help us bring the emotion and storytelling of country music to the movies for the most passionate music fans in the world to enjoy.”

Hubbard and Kelley broke multiple records with their debut single Cruise in 2012, being the first-ever country music song to be Diamond-certified, and becoming the then-bestselling digital country music song of all time.  The Grammy-nominated duo has gone on to release four studio albums, including their most recent, Can’t Say I Ain’t Country, and has won Country Music Association, Academy of Country Music and Billboard Music awards for their work.