One of the most important institutions in documentary film is under new leadership.

The International Documentary Association (IDA) announced the appointment Wednesday of Richard Ray “Rick” Perez as its new executive director, effective immediately. He replaces Simon Kilmurry, who had served as the IDA’s executive director since 2015.

Perez comes to the IDA with a wealth of experience in nonfiction, both as an executive and filmmaker. He most recently served as the director of acquisitions and distribution strategies at GBH WORLD Channel, curating and acquiring documentaries for the digital platform’s three original series. Before that he was director of creative partnerships at the Sundance Institute “where he developed, designed, and led artist-based filmmaking programs, including Stories of Change,” according to the IDA. He also designed and led the Sundance Institute’s Documentary Story and Edit Lab in Beijing.

“I am excited and honored to lead the IDA at this pivotal moment where the work of nonfiction filmmakers is increasingly vital to the health and wellbeing of societies,” Perez said of his appointment. “I look forward to leading a talented team to support and advocate for documentary filmmakers and engaging partners and collaborators across the field to foster a vibrant, sustainable, and equitable industry responsive to these times.”

Perez also serves on the board of Brave New Films, the film company founded by Robert Greenwald.

“We strongly believe that Rick is uniquely qualified to lead the IDA through these continued extraordinary times where our voice in the field, as well as the depth of resources we offer to the documentary community as a whole, will matter even more,” IDA board president Brenda Robinson noted. “We were all fortunate to have Simon Kilmurry with us during these past six very meaningful years, as his leadership has truly been transformative for the IDA. Simon has laid the groundwork for a solid foundation that all of us can continue to build upon. In that regard, he leaves a lasting legacy that truly changed the course of the IDA towards an even more promising future.” 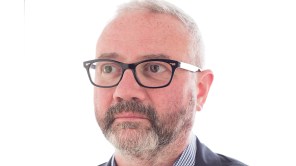 Kilmurry announced last year his desire to return to documentary film production. He served as executive director of the PBS series POV before joining the IDA.

“Rick will be a tremendous leader for IDA and I cannot wait to see what he does,” Kilmurry wrote in a statement posted to Facebook. “After 6 years, I’m stepping aside and will cheer Rick from the sidelines. I am tremendously grateful to all of my colleagues, filmmakers and supporters who have helped transform IDA into an effective and growing organization that seeks to make a difference in the lives of documentary filmmakers. Now it’s time for a bit of a rest!”

Perez takes command of an organization founded in 1982 that oversees a series of educational and development programs for filmmakers. Its funding mechanisms include the IDA Documentary Enterprise Fund, the Pare Lorentz Documentary Fund, the IDA Netflix Global Emerging Filmmaker Award and the recently announced IDA+XRM Media Incubator.

The annual IDA Documentary Awards are among the most coveted honors in nonfiction film. The IDA also publishes Documentary magazine and covers the documentary field at documentary.org.