EXCLUSIVE; 20th Century Studios has engaged 10 Cloverfield Lane director Dan Trachtenberg to direct the fifth installment in the Predator series. The script is being written by Patrick Aison, whose producer-writer credits include the series Kingdom, Jack Ryan and Treadstone. 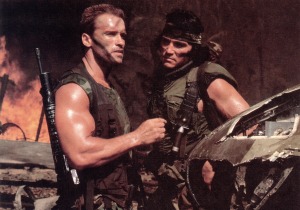 They are keeping the plot line under wraps for the moment, but I’m told it won’t swing back to the developments in the most recent film. Fox made its last entry in the 2018 thriller The Predator. That film was directed by Shane Black, who was one of the original castmembers in the 1987 film that kicked off the series and starred Arnold Schwarzenegger. Black played one of the team of commandos who winds up being tracked and killed in gory fashion by the extraterrestrial hunter.

John Davis has produced all the movies.