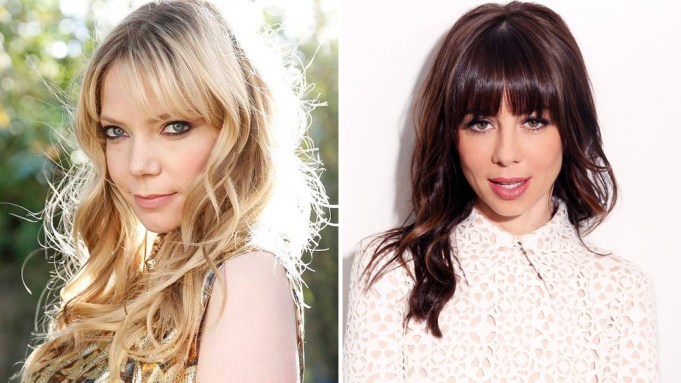 EXCLUSIVE: Buffalo Tens, a single-camera comedy, written, executive produced and potentially starring Another Period creators Riki Lindhome and Natasha Leggero, has been set up at Fox for development. Lindhome and Leggero are executive producing the project with fellow Another Period executive producer Debblie Liebling as well as James Lassiter. Lindhome and Leggero are expected to play the leads in the comedy, produced by Fox Entertainment, if it is picked up to series. (Under its modified development model, Fox often skips the pilot stage and goes script-to-series for both drama and comedy.)

In Buffalo Tens, when two brash 40-something matchmakers (Lindhome, Leggero) in Buffalo, NY, are unexpectedly dumped by their husbands, they’re forced to put their ‘tried and true’ dating regimen – The Buffalo Tens Commandments – to the test for themselves. While out in the dating scene for the first time in 20 years, they’ll realize the antiquated methods they’ve recommended to clients won’t actually help at all, and they may have to question everything they know about dating, relationships and love. But it’s going to be a long journey for these two characters who avoid introspection like the plague.

Lindhome and Leggero created, wrote, executive produced and starred in Another Period, which ran for three seasons on Comedy Central.

Lindhome also is one half of the musical comedy duo Garfunkel and Oates and co-created their self-tiled show on IFC. She has written songs for animated movies including Lego 2, The Addams Family and The SpongeBob Movie and TV shows including Waffles and Mochi, Duncanville and The Big Bang Theory. Her acting credits include Knives Out, The Wolf of Snow Hollow, Under the Silver Lake, Kidding and Brooklyn 99. She’ll next be seen in Tim Burton’s Wednesday on Netflix. Lindhome is repped by 3 Arts and Ginsburg Daniels.

Leggero will next be seen on the big screen in Fox’s MarVista and Paper Kite’s First Time Female Director alongside Chelsea Peretti. On TV, she recently appeared in Broke on CBS, as well as Modern Family, Key and Peele and Comedy Bang Bang. Most recently, Leggero completed work on her book The World Deserves My Children, a collection of essays on motherhood in our post-apocalyptic world, which will be published by Gallery Books Nov. 15. Leggero is repped by CAA, Artists First and Shreck Rose Dapello Adams Berlin & Dunham.