Disney+’s The Proud Family revival has added a trio of actors to its cast with Billy Porter, Zachary Quinto and EJ Johnson set to play new characters.

The Proud Family: Louder and Prouder will pick up the story of its central character Penny Proud and also include her madcap family: parents Oscar and Trudy, twin siblings BeBe and CeCe, and her grandmother Suga Mama (and Puff!). Penny’s loyal crew Dijonay Jones, LaCienega Boulevardez and Zoey Howzer will also return for the series.

The Proud Family: Louder and Prouder, which is currently in production for a 2022 launch on Disney+, is executive-produced by Bruce W. Smith and Ralph Farquhar, both of whom led the original series. Calvin Brown, Jr. is co-executive producer and story editor, Jan Hirota is producer, and Eastwood Wong is art director.

Emmy-winning Pose actor Billy Porter and Zachary Quinto will take on Randall and Barry-Leibowitz-Jenkins. They are the mixed-race adoptive parents to 14-year-old- activist Maya Leibowitz-Jenkins, voiced by Keke Palmer.

Rich Kids Of Beverly Hills alum EJ Johnson will take on Michael Collins, Penny’s best guy friend who is a non-conforming trendsetter, serving up fierce looks at school and on the basketball court.

See the character images below. 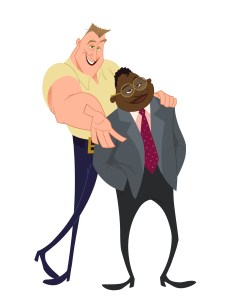 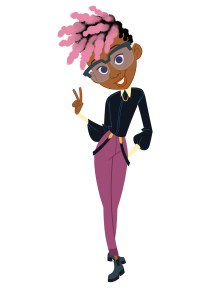